How We Got Here

The Science:    Centuries of human carbon emissions are creating a
climate dangerous to our continued existence on Mother Earth.

The Solution:         A climate emergency anthem to inspire courage,
solidarity, and creative engagement around the globe.

The story of the Climate Crisis Anthem

As the effects of our climate crisis became more evident with each passing year, I have pondered and prayed about what we could do.  It seemed to me we need a change of heart at a societal and global level.

To get there, I realized we need music and songs and other cultural instruments.  As an old-timer, I recall when plays like Hair and songs like Universal Soldier, Blowing in the Wind, War, The Star-Spangled Banner, and Four Dead in Ohio galvanized the people in their struggle for an end to war.  That is where the idea of an anthem for our climate emergency came to mind.

In December, I went online and wrote two well-known and respected music producers to appeal for their assistance.  I also connected with a student of mine who I knew to be a musician and a big Mahler fan.  I asked if he knew of Chopin's Funeral March and whether he knew any brass group that might perform it.  He did know a member of the local army reserve band and she agreed to organize a group to perform the short piece I wanted.

Weeks passed.  Then one day  I was giving a workshop at a Sarab Kala Kaur's yoga studio in Mississauga and she introduced me to a student of hers.  I could see Sarab Kala held her student in high regard by how she introduced her.  Zimfira Poloz is a children's choir conductor originally from Kazakhstan and currently leading the Hamilton Children's Choir.  When I told Zimfira about my dream, she said she was interested and we agreed to stay in touch.

It was late February when I received the brass piece.  It was a little rough at the end, but for the most part it was just what I needed.  The performers wanted no money and no recognition.  I didn't even know their names.  Then, about a week later, I heard from one of the famous producers I had written in December.  It was Thomas Barquee, the meditation music producer.

And so it started.  The organizer of the brass ensemble was redeployed someplace, so once she had donated the piece, she just vanished.  I never had a chance to thank the group.  Zimfira Poloz's choir was locked down for many months because of COVID.  It was then kept from joining us by the choir board.  Yes, this choir has a board!  They said they had other work they wanted to focus on.  But producer Thomas Barquee and I are sticking with it, and I feel we have made a good beginning.

The climate crisis anthem is a combination of old and new, classical and hip hop.  In recognition of the global dimensions of our crisis, we are working to appeal to an global audience.  We also have Brazilian, Arabic, Chinese and American vocalists representing countries vital to our ecology.

It is almost October now.  Navdeep Singh and Jarnail Singh are busy making our solar panel props.  Jonas Kuslikis is crafting a beautiful, wooden saracophagus for Mother Earth.  Most of our composing and recording is done and some vital people have joined our team.

Bogdan Djukic is a violin virtuoso and musical alchemist.  I have been a fan of Bogdan's since I first heard him play with Mirabai Ceiba.  He has graciously agreed to join our team, to compose and perform the Finale with Thomas.  Award-winning videographer Ryan Manning has come forward with his team to film the Funeral March, the Dance of Life and The Time.  He will also do the editing and post-production to give us an outstanding video.  And just yesterday, talented dancer Clare Butler joined us as our prima ballerina.  She will play the central role of Mother Nature resurrected, performing the Dance of Life.

I am grateful for all the people who have felt guided to support or contribute to this project, the Climate Emergency Anthem, in one way or another.  And somehow I feel confident that the Source that has guided and supported us this far will see us to the end, with more surprises along the way...

If you would like to hear some of what we have recorded so far and read the words click here.

Donate and play your part
in making the climate crisis anthem a song for the world. 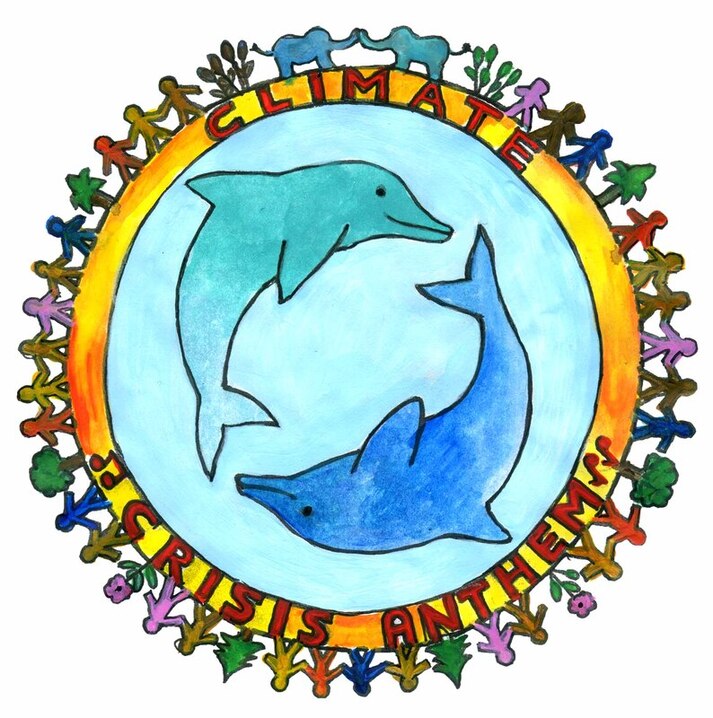