The PATH of SPIRITUAL
& POLITICAL ENGAGEMENT 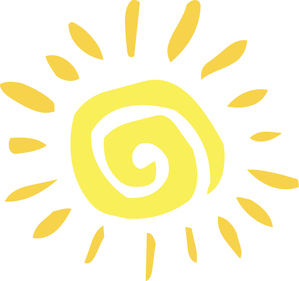 These are the times Yogi Bhajan prepared us for - the chaotic transitional years to the Age of Aquarius.  He never said it would be easy.  What Yogi Bhajan did do was set out for us a blueprint and an example of how to usher in that new age.

As well as teaching people yoga and meditation classes, Yogi Bhajan was a tireless networker.  He found common ground with all kinds of people, even people he did not personally like.  And, when a situation would become grave or desperate, Yogi Bhajan would raise the flag of alarm, the flag of protest, the flag of constructive engagement to resolve whatever that issue might be.

In the United States of America, Yogi Bhajan would sometimes speak out forcefully about government policy when it led to high unemployment, the devastation of the environment, or the endangerment of all life on Earth, as in the case of the nuclear arms race of the 1980s.  My suggestion to you is that the spirit of Yogi Bhajan is very much with us and it is guiding us to speak out and lead public opinion, the opinions of our students, family and co-workers on the issue of climate change.

In the next few weeks leading up to Summer Solstice, I will be posting weekly various teachings and resources and quotes from the Master on the environment, democracy, and the fine art of spiritual and political engagement.  Today, I will begin with a transcript of a talk Yogi Bhajan gave at Summer Solstice thirty-two years ago.  As you read it, I would like you to see if you can imagine this talk being given today, and instead of being about the perils of nuclear war, imagine it to be about the hazards of climate change. 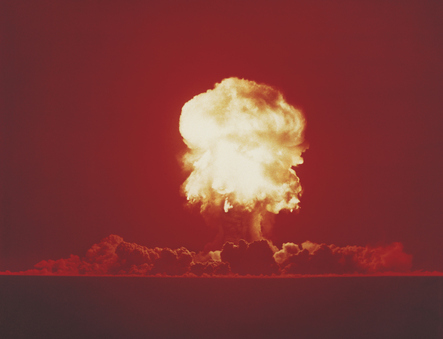 "We are committed spiritual people. As such, we are both fortunate and unfortunate: fortunate in that we are spiritually committed and that we are trying to be healthy, happy and holy; unfortunate in that we cannot tolerate the bizarre situation that is happening to our country or that will happen to our people. We are protesting against nuclear war. We are, as part of our faith, warriors. We are known as martial people. We are not hiding the fact that we are fighters, but we fight for a cause. The cause we are fighting for is this: we declare war on general death.

"Nuclear war is not any kind of human war, nor does it observe any rule or any law. They are lying to us. They are telling us that there's a possibility that we can go to the hills. We are in the hills and just a few miles from here they are building the atom bomb.

"Yet there is a way out. You have asked whether the Congressman and Senators are with us. I'll tell you something. Everybody is with us. Although it seems that people are only interested in their jobs and their security, that is changing. People are slowly becoming aware that there is going to be a time not far away when there will be no jobs, no lobbying, no children, no family. There is a concurrent consciousness awakening in all of us that this planet is not going to be here. That is what No-Nukes is about.

"So what is the policy now? To make yourself so strong, the other party won't attack because of the dread, the fear. Is that a guarantee that there will be no war? War is never a sane process. War is the outcome of total human insanity.

"When the first war, Mahabharata was fought, Lord Krishna the godhead was the centre of it. He couldn't stop it. He told them, “Fight well.” If you read the Bhagavad Gita, you'll be surprised: fire bombs were used and missiles were used. Thousands of people in one sector were burned to ashes by just such a strike. We have been fighting cruel wars and destroying ourselves many a time.

"This time, we are trying to appeal to ourselves. Seventy-five percent of Americans do not want war, especially nuclear war, and are not being heard, and we have to protest.

"When you call someone in Congress and ask, “What about your nuclear power policy? Why are you voting for this budget?” they say, “What else can we do?”

"They have passed a budget right before our eyes, which is the biggest military spending budget, and they did absolutely everything to cut civilian people out. These are the people we have voted for: they tell you: “What can I do?”???

"There are lots of things we can do. We have weighed the situation and we have studied the situation. It has taken us one year to decide to come out openly. We want to talk now. We want to tell people that our first fundamental right in this country is to live and not to die.

"Don't misunderstand me. Don't believe the Russian myth of peace either. The difference is we are a free society and we can talk very freely, and they are a regimented society and cannot. They are the most cunning and the cleverest peace seller. They are trying their best to achieve first superiority and their own first rights.

"The most dishonest, godless society on this planet is Russia. They are trying to prove the point that we are the warmongers, but the fact is that they have never slept in the past twenty years, day in and day out, to create anything they can create, steal anything they can steal, to make themselves a first strike nation.

"What I am mad about is very simple: where is our propaganda machine? We do not do anything in spite of the fact that we have radio broadcasts that can be heard all over Russia, from Vladivostok to Moscow. What we want is this: let's put three billion dollars in the budget for propaganda against nuclear war.

"I close by telling you a story. India wanted freedom. Britain knew that if they gave freedom to India, that empire where the sun never sets would never see the sun again. The Sikhs became involved and were the originators of civil disobedience. The late Mahatma Gandhi became the champion of it, but he studied it first in Amritsar.

"The war started on a very small issue. The Golden Temple in Amritsar feeds about 8,000 people a day. The free kitchen is a part of our religious service by right of decree that we have the right to bring wood from Guru ka Bhag, which is a kind of forest a few miles from Amritsar.

"One day, the Deputy Commissioner of Amritsar ordered that the Sikhs were not entitled to bring wood from Guru ka Bhag without paying a toll. The Sikhs protested. They started a peaceful agitation called Guru ka Bhag morcha in which groups of five – because more than four people constituted an illegal assembly – proceeded to the garden to fetch the wood.

"These people were attacked, gassed, and beaten by the police. The police rode horses over them. This painful situation continued for a couple of months. It became so national and so big that even Gandhi, Nehru, and every other Indian leader came to watch. They were shocked and surprised that hundreds of Sikhs: educated, uneducated, poor, rich, children, ladies, kept on walking, day in and day out.

"They were so mercilessly beaten that it even brought tears to the eyes of those who were beating them. After a couple of months, the government gave in. Guru ka Bhag was released to the Sikhs and wood could be taken from there for the free kitchen of the Golden Temple.

"That was the start of peaceful, nonviolent agitation in the world. It didn't stop until in 1947 the British Government was compelled to give India independence. That country has a history, written and recorded, which is 5,000 years old. America is only 200 years old. You can do a lot, and very peacefully too.

"I have done an experiment for the last six months. Whenever I call somebody on the phone or talk to somebody or write a letter, I just add one or two lines: “Do you want to live into the future? Do something about nuclear war.”

"Advocate. Educate another person. Let them have your view. If there is an atomic war, neither Democrats nor Republicans will be left. We will all evaporate at the same time.

"We are waking up and trying to control our own house. I am not asking you to start any agitation. I am asking you to start creating public opinion. There are about 1,000 people here. At least each one of you has one relative you can write to. Urge them to write to one relative. Start a chain reaction. Calm, quiet, peaceful, nice... but start saying things, and don't stop until we stop it all. 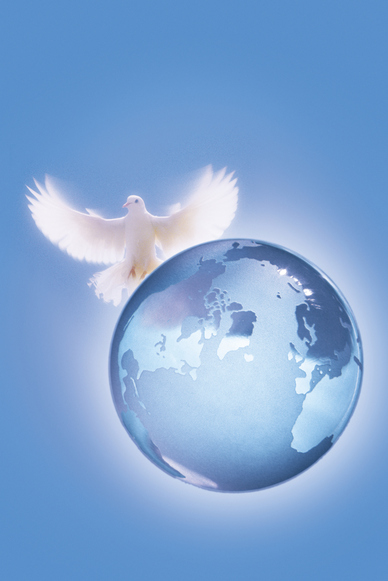 "We find this coincidence. Here we made the bomb – at nearby Los Alamos – and here we are sitting and saying “We don't want it. We don't want nuclear war.”

"God is making the destiny of the United States as He wishes. This country was started with the slogan “In God we trust.” Start talking and start writing, and also start making up your mind that you don't believe what is being told and said. You do believe in one thing: we don't want a nuclear war.

"Make a contribution. Call all the religious groups and give them a talk. In your office or business, put a sign: “We don't want nuclear war.” These little, funny things may look very little to you, but they are very effective. Simple things, simple methods, and simple gestures can bring a flood of people on your side. Do whatever you can if you love this planet Earth. Trust in God and start doing something from this minute."