the light and legacy
of miri piri academy

Miri Piri Academy is and was a point of pride and an essential part of the mission of Yogi Bhajan, bringing the empowering values and lifestyle of Raj Yogi Guru Nanak to the West.  Yogi Bhajan’s intention was that through receiving an education in the homeland of the Guru, his students’ children would grow up as fluently bicultural and bilingual Sikhs and citizens of the world.  Moreover, as Siri Singh Sahib, he prayed that coming generations might be so empowered as to bring renewal and inspiration to the Sikh mainstream and its primary institution, the Shiromani Gurdwara Parbandhak Committee (SGPC) in Amritsar.

The reality has been somewhat at odds with the Siri Singh Sahib’s original intention.  Not only the children mostly did not learn Punjabi.  Most parents also did not make any serious effort to speak the Guru’s language.  The last time the Khalsa Council seriously addressed this issue may have been in 1975, when a resolution was passed that each member should give a short talk in Punjabi at the following Baisakhi session.

In the early years of India education, school at Mussoorie or Dehra Dun or Amritsar gave the children an opportunity to grow up away from peer pressure to indulge in drugs, alcohol or sex.  For many of them, it was also intended as a chance for them to spread their wings away from homes where first generation 3HO parents – having distanced themselves from their birth families – were often neither prepared nor skilled at childrearing.  Keeping a marriage together was another challenge and the 3HO divorce rate mirrored the overall American rate of 50%.

Frustrations and lack of nurture, even neglect at home translated into a school culture that was far from ideal.  Bullying, shaming, abuse and neglect became significant parts of the India school experience – together with passable classes, wonderful tours, the breath-taking Himalayas, and eruptions of unstructured fun along the way.

Nowadays, we are experiencing an outpouring of stories of trauma and bullying from graduates of the India program in its several manifestations – from Guru Nanak Fifth Centenary School (1972-74, 1981-89) to Miri Piri Academy (1997-present).  Some of the physical and psychological trauma was students victimizing each other, and some of it was directed at students by teaching staff and other adults assigned to the well-being of the youngsters.  Some stories are frankly horrible and heart-wrenching.

This is potentially a time of personal accounting, of making amends, of reorienting and rededicating the entire India program in the light of its original objectives.

However, in the light of the complaints from graduates, it becomes clear that the people running the institution need better training and education if they are to create a truly empowering and enlightening experience for students.  It is no longer enough to have graduated from the school of bullying.  Nor is to be willing to work for peanuts a sufficient qualification.

If the board that oversees MPA is serious about its future, it needs to pay staff commensurate with their qualifications, and to underwrite the upgrading of staff skills and capabilities.  Qualifications in management and education are especially to be valued.

b) Enrollment:  In the past fifteen years, enrollment has transitioned from mostly American and European students, to a point now where Americans are a minority after the Chinese, Brazilians, and Mexicans.

While this points to the universal appeal of the MPA program, it also points to the new disconnect in 3HO culture in North America and Europe – away from Punjabi and Sikh values.

While there are more Kundalini Yoga teachers and trainers in the old 3HO heartland than ever before, less and less of them are sending their children to school at MPA – and this is a problem.

In light of the coronavirus epidemic, students were sent home early this year.  On April 28, it was announced that Miri Piri would be closed for the 2020-2021 academic year.

While the health of staff and students must be paramount in any plan for MPA’s future, closing the school for an entire year has a number of costs associated with it.

a) About 90 students will experience a disruption to their Miri Piri Academy experience.  Academic, social, and possibly spiritual links will be challenged or broken.  The vast majority of these students will enroll in other schools for 2020-2021.  It is to be expected that many will not return.

b) 30 teachers will experience career, financial and social disruption.  These teachers with their unique knowledge of MPA culture will be impossible to replace.  Potential hires will be wary of MPA as it will have developed a reputation for laying off long-time staff.

c) 150 staff - drivers, security guards, gardeners, groundskeepers, cleaners, laundry people, cooks, aunties, and more - many of whom have 15-20 years experience at MPA and have considered the Academy to be their extended family will experience dislocation, financial loss, and likely a degree of depression.  They may return if offered work in 2021-22, but their relationship with MPA will be forever altered.

For some members of the Siri Singh Sahib Corporation Board, the temporary closure of Miri Piri Academy under the guise of a coronavirus emergency may well embolden them to close MPA for good.  As MPA does not make money and requires funding each year, from a purely financial perspective, it is a bad investment.  As mentioned earlier, very few members of the 3HO family share the Siri Singh Sahib’s vision for MPA.  They are monocultural and have little or no interest in training a cadre of empowered bicultural and bilingual Khalsa.

Moreover, shutting Miri Piri would be a characteristically American gesture, like the abandoning of their Vietnamese friends to Communist labour camps and worse with the fall of Saigon in 1975, the deserting of Afghani freedom fighters once they had expelled the Soviets from their country in 1989, the destroying of Iraq (America’s friend through the 1980s) in 1991 and 2002, and the abandoning of Syrian rebels and the Kurds just last October.

A compassionate and creative way forward may include (though the window to reverse course is shrinking with each day):

a) Addressing the allegations of systemic abuse in the India program through thoughtful system changes and staff training, while ensuring adequate funding for staff and programs.

b) Moving MPA classes online so long as necessary.

c) Creating a flexible tuition package that allows for students to arrive at MPA during the 2020-2021 academic year if and when public health conditions allow.

d) Training teaching staff to give classes online so long as necessary.

e) Making provisions for students to consult one-on-one with their teachers online.

f) Retaining as many MPA staff as possible, using creative solutions such as reducing hours so long as students are learning at a distance.

g) Emphasizing the ideal of the saint-soldier and the importance of Miri Piri - a balanced life of worldly and spiritual mastery - in Kundalini Yoga teacher training, and sharing the Siri Singh Sahib’s vision of MPA while encouraging all Kundalini Yoga teachers to send their children to Amritsar for their education. 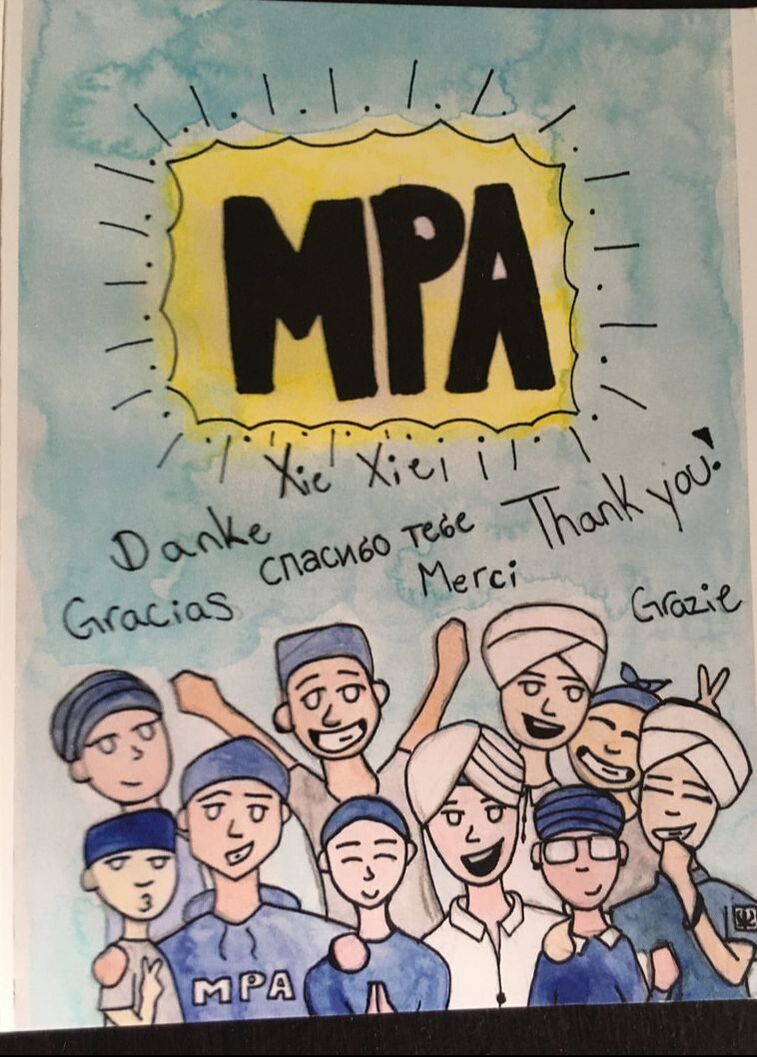