Messenger from the Guru's House 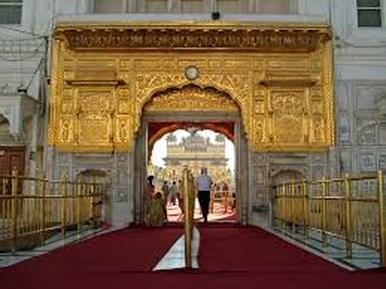 Yogi Bhajan gave me the task of writing his biography during a visit to Toronto in 1983. The title, he instructed me, was to be “Messenger from the Guru's House.” Here is the story of the story so far:

Knowing the frailty of memory and also being mindful that students of Yogiji's have been known to come and go, I set to work at the Summer Solstice and the following Winter Solstice gatherings, in New Mexico and then in Florida, interviewing people I thought might have stories to tell. Ganga Bhajan Kaur, Krishna Kaur, Ram Das Singh, Ram Das Kaur, Livtar Singh, Bibiji, Vikram Singh and Gurucharan Singh all graciously allowed me to record their recollections.

There followed years of writing nothing as I became consumed with starting and running a business importing and distributing 3HO products into Canada, and later being a dad to Himmat Singh, who arrived in 1987. By the time Yogi Bhajan gave me a prod in 1994, asking for his biography, things had quieted down a bit. The business, which had had its good years, was winding down. Himmat was a little older and my relationship with his mother was turning into a long distance friendship more than a marriage. All together, it meant that I had time to work and in May of 1995 I mailed my first draft of the biography to be reviewed by Sat Kirpal Kaur as per Yogiji's wishes. I had also consented to Shanti Kaur using my material for her own project commissioned by the Master, titled “The History of Sikh Dharma in the Western Hemisphere,” which was published by Sikh Dharma International late that summer.

As it turned out, Sat Kirpal Kaur and her secret coterie of reviewers never approved the work, nor offered a way forward. A couple of years later, I had a new editor in Satya Kaur who had not been informed about the work at all which told me it could not have been a high priority in Espanola – or else perhaps Yogiji himself was holding things up for reasons only known to himself. Satya Kaur and I had a good relationship, publishing a couple of other works, but the behind the scenes people who had been assigned to assist in the review apparently never budged. So it was that the project passed from hand to hand. When Yogiji passed in 2004 it was still unapproved and, of course, unpublished.

Four years later, from a deep sense that Yogi Bhajan's story needed to be told somehow, I started to publish it on-line, a chapter each month, beginning on Baisakhi, April 2008 to an email list of several hundred I had accumulated. The response was electric. Everyone seemed to love the story. Teachers were reading it to their students. Many people asked when the book would be published.

Twice now, I have sent out some 43 chapters of the story of the Master, one per month, to eager readers.  I am still gathering stories in preparation for the great day when this story can be published.  At the outset, I had assumed this work would be published by one of the non-profit organizations in New Mexico, as the earlier The Man Called The Siri Singh Sahib (1979) and The History of Sikh Dharma in the Western Hemisphere (1995) had been.  It appears that is not to be.  Yogi Bhajan is controversial in his physical absence as he was when he was constantly on tour and virtually everywhere.  His archive today is locked with various disputants laying claim to his legacy.

Researching and writing this story has been a great privilege.  Early on, I realized that to write the story of a great Master, I would have to appreciate the mind of the Master and to do that I would have to embrace a vigorous spiritual practice.  For that, too, I am grateful.  And one day, when Guru Ram Das wills, this story will be published for the glory of the Guru and for the inspiration of all humankind.  Sat Nam.