I would like to contribute my perspective as a lifelong professional Vedic astrologer to the controversy sweeping 3HO now in 2020.  I find that people are acting and reacting from emotion, fear, and a lack of dispassionate courage in standing up with dignity for the life record and obviously great fruits of the life and legacy of the spiritual teacher who birthed and raised this organization.

How can something so full of positive achievements and far-flung benefits over more than 50 years as this 3HO community of seekers, strivers and celebrators of higher truth be so shaken by a spiritual virus bringing doubt, division and devaluation all due to unexamined slanderous accusations by a few?  Why is the response by the current leadership of this organization so weak, and so unfair?

I would like to point out the cyclical phenomena that go into historical movements.  These phenomena provide the background for every cultural shift for the great eras, for countries, for whole cultures and for microcosmic communities as well.

One primary marker of major changes in belief, motivation and lifestyle that is so profound as to be called the marker of new generations is the cyclical conjunction of Jupiter and Saturn, which occurs every 20 years and is part of larger cycles including a 60 year cycle.  When Jupiter and Saturn come together, the gears of history shift, and a new wave of births begins with a group of peers whose worldview is so different from those of previous waves that their generation will be set apart with a new name in cultural histories.   They get dubbed things like the Baby Boomers, the Millenials, and so on.  2020 is such a year of Jupiter-Saturn conjunction which brings about a complete change in consciousness and cultural mindset.

It’s useful to look back over the last few Jupiter-Saturn conjunctions to get a sense of how large the shifts in consciousness are with each of them.  In February 1961, the 60-year cycle began as Jupiter and Saturn joined in Capricorn, just two degrees away from where the next 60 year-cycle will begin in December 2021.  The planets are already deeply engaged with entering this cycle as they are close to conjunction in Capricorn now, but they are going through retrograde phases that make us wait for the actual forward thrust into the new cycle in December.

In 1961, the era of the 60’s began, which saw 3HO emerge among a tsunami of change sweeping especially the youth of the world.  Capricorn is a sign having to do with power and class structure, and youth everywhere rose up against dictators and irrational top-down rule that brought on tragedies like the Vietnam War and institutional racism such as once again, as the cycle turns, is the focus of the outrage of youth and progressive movements everywhere.  The ‘60’s is an iconic cultural era, and many of the so-called First Generation of 3HO came to consciousness then.  And now we are on the brink of a new and similar cycle that will mark the world for the next 60 years.

The next shift in generations came in December 1980 as Jupiter and Saturn conjoined in Virgo.  Virgo is a sign having to do with purity of nature, gardens and fields, food and the earth, and those born during this era have a powerful consciousness of the need for environmental activism and living with pure diet and pure air, water, oceans, and land.

Then in May 2000 there was a big shift as the Jupiter Saturn conjunction occurred in a fire sign instead of earth signs, in Aries for the first time since the 1940’s.  The sign of Aries has to do with the struggle for leadership.  The conjunction was in a lunar mansion called Bharani, a section of Aries that is said to be ruled by Yama, the god of death, who enforces dharma and fairness.  The particular symbol of this nakshatra is the Yoni, the female generative organ.  In this most masculine of signs, Aries, there is a lunar dimension powerfully ruled by the female anima, located in Bharani.

In this 2000 generation, the Women’s Movement, which always had been smoldering since the 60’s, burst into new flame as ever more educated and emancipated women found voice to describe and militate against the engrained misogyny of all kinds of systems.  The “Me-Too” movement was the visible face of this focused on by the media, but the emergence of women into positions of power throughout societies all over the world was plain to see.  Part of the politically correct consciousness of the Me Too movement is that any allegation of sexual misconduct needs to be taken 150% seriously, in reaction to the years and years of repression of reporting of sexual torture by women.

A kind of subset of the current politically correct mindset is that people who refuse to believe a woman’s accusation of sexually objectionable behavior at face value themselves can be victims of intense aspersions.  For example, the current case of Tara Reade making allegations of sexual bullying by Joe Biden, the Democratic presidential candidate, shows how people who call for critical evaluation of accusations can be shamed as hypocrites.  Yet studying her record of lying in court, falsifying a college degree, several name changes and reported witness accounts of instances of lying for financial gain by Ms. Reade, to any objective person should justify much closer examination and a high degree of skepticism about her charges against Joe Biden.

So here we are with allegations of sexual misconduct being made against Yogi Bhajan, as Jupiter is conjuncting Saturn in Capricorn, and dharma is in a trough.

An important corollary to the Jupiter-Saturn cycle is to examine the transits of Jupiter alone, which follow a 12-year cycle around the Sun.  Jupiter is the significator of spirituality.  Its name in Sanskrit and Gurumukhi is simply “Guru,” among other eptithets attesting to its highest status among the planets, such as “Brihaspati,” priest of the gods.  When Jupiter transits through Capricorn it is in its fall, its lowest point, when it feels death-like pain.  Jupiter is the spirit of life, also called Jiva, the divine breath of life.  When Jupiter goes into Capricorn it is in the sign of the graveyard.  Since Jupiter is the archetype of the spiritual teacher, when Jupiter goes into Capricorn the image of the spiritual teacher goes for a dive.

It is instructive to look over some events that have transpired since the inception of 3HO on January 5, 1969, when Yogiji taught a class in a park in LA and announced the birth of an organization dedicated to spreading health, happiness and holiness.  On that date Jupiter was opposite Saturn, half way through the cycle marking the generation of the ‘60’s.  Saturn was in Pisces, the sign of the seers and rishis, and Jupiter was in Virgo, the sign of purifying and training.

The first time Jupiter reached Capricorn during 3HO’s life was during 1973 and 1974, and I will have to defer to some more knowledgeable chroniclers of the 3HO story for how that may have shown a dive, as I just moved into an ashram in 1973 and was too new to sense any cycles.   That is I believe when Kate Felt, one of the women involved in the current scandal, was participating in 3HO life, and I knew her slightly then, and then there was a hard separation and she was gone.

1986 was when Pam Dyson’s lawsuit exploded across the 3HO scene.   Jupiter had been retrograding through Sagittarius, Khalistani separatists were agitating—Sagittarius is the sign for Jupiter as a fanatic— through 1984 and into 1985.  It was a fraught time for Sikhs who were experiencing persecution along with the emergence of a radical and terrorist fringe.

This lawsuit that has been credibly dismissed as a paid attack did trigger departures of many students in late 1984 and into 1985 when Jupiter was in Capricorn.  The head of the ashram in Espanola took off and many others went with him.  Some of them over the next couple of years formed what some of us jokingly referred to as the “anti-ashram,” as they stayed fairly bonded together and continued to retail deprecatory stories about Yogi Bhajan until the energy dissipated as the Jupiter cycle moved on.

1997 was the next transit of Jupiter through Capricorn, and I am not so acquainted with major events of that time, though probably the trough was experienced in the individual hazards of many individuals trying to grapple with their concept of spirituality and the spiritual teacher.   Jupiter was not afflicted as badly while in Capricorn as in some of these other transits when it also was being aligned with challenging planets.

The bitter lawsuits of 2008-2009 came when Yogiji had left his body, and the struggle over money, businesses, wills brought upheaval to 3HO in many of its facets.  Jupiter was in Capricon and conjunct Rahu, the North Node of the Moon, among the darkest forces in Vedic astrology.  Rahu is called the Karmic Control planet.  At the time of these lawsuits, Saturn was in Virgo with a retrograde Mercury, all having to do with the most venal expression of money affairs possible.

And now we come to 2020, when Jupiter is again in Capricorn, and conjoining Saturn, the Author of Lies.  The old wounds are being revisited, and new ones being opened where possible.  As others have detailed, the current investigations do not follow ground rules of fairness and transparency.    Innuendo and Me-Too-excess style shaming of objections are prevalent.

I volunteered to speak to An Olive Branch, wanting to share my personal experience of almost 50 years of keeping up in 3HO.  They politely listened to my hour or so of detailing my personal knowledge of Yogiji and of some of the personalities involved in this controversy.  I have lived less than a quarter mile from the Ranch since 1980.

It is interesting to consider the characteristics that the great rishi Parashara, author of the foundation classics of Jyotish Vedanga, or Vedic astrology, describes for the horoscopes of liars and slanderers.   Jupiter will be beset by Rahu, which is a shadow-generating place of eclipses.  Rahu is the master of illusion and sows doubt about all spiritual ideals, including the identity of a spiritual teacher.   Saturn will afflict Mercury the planet of speech, so the person can fabricate stories that have the superficial appearance of truth but are flawed at the core.  When Saturn both afflicts Mercury and aligns with the nodal axis of Rahu and Ketu, the Head and Tail of the eclipse axis, the damage done affects generations.   The pretense is mesmerizing and hypnotic.  Many are caught in its surface persuasion.  The absence of light, the darkness cast by Rahu, can extend for an entire nine or 18-year turn of the nodes.

Strong and praiseworthy are those who can make their way out of the dark into the light.

Horoscopes are not admitted into courts of law or even courts of so-called investigation.   It’s too bad, for if they could be, the fulfilling of the rishi’s formula would be easy to lay out. 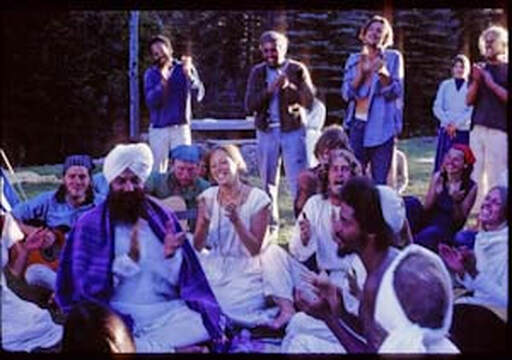