the duplicity
of the american mind

I am writing a short biography of Bhai Sahib Dayal Singh (1955-1975), who if you don’t know, was a gem of the early years of Sikh Dharma and Kundalini Yoga in the West.  Yogi Bhajan said of him, “When he left, I thought the best flower out of my garden has been pulled beyond my knowledge.”  That was our Bhai Sahib.  Humble.  Devoted.  Knowledgable.  Serviceful.  Sweet.

In researching and gathering photos, I noticed a couple of interesting things.  One was how readily our Siri Singh Sahib gave up the task of officiating at weddings and passed that job on to young Bhai Sahib, himself a teenager and not married.  Of course, at Bhai Sahib’s passing Yogi Bhajan returned to that familiar role, but I think reluctantly.  It was a tendency of the Siri Singh Sahib to delegate authority to whatever extent possible whenever he recognized others capable to carrying it.

The other interesting thing was his capacity to completely absent himself at times, deliberately.  The first instance that comes to mind was in Amritsar in 1971 when quite a number of his students set about taking Amrit at the holy Akal Takhat.  He accompanied his students to the steps leading to the flat roof where the ceremony would be held under the early morning sky.

Similarly, I noticed some group photos after an Amrit ceremony in Los Angeles in 1975.  Yogiji never participated in these ceremonies.  Bhai Sahib Dayal Singh and four senior ministers officiated as the “Five Beloveds.”

Sometimes, the Siri Singh Sahib and Bibiji would pose for the group photo afterwards.  They did at Summer Solstice the previous year, when a lot of people took Amrit and representatives from Amritsar participated in the ceremony.  In Los Angeles, they did pose with the group of twenty-some new Khalsa outside Guru Ram Das Ashram for some of the photos.  Pointedly however, he absented himself for about half the pictures, though you could see Bibiji at the perimeter of a couple of them as though she was having difficulty holding back from the inspired group dynamic that had been generated that day.

Yogi Bhajan spoke often of the toll of American duplicity, how unreliable the American psyche was and is.  How people could love you one day and hate you the next.

Americans are generally blind to this character fault.  “America is Number One,” is what they have been taught and it is what they believe.

Ask Vietnamese about American duplicity and they will tell you how their American “friends” abandoned them to Communist work camps and worse at the fall of Saigon in 1975.  Ask Iraqis whose country was best friends with the US through the 1980s about what their “friendship” did for them.   Ask the Afghanis what happened with American help and support when their brave fighters had finally pushed the Soviets out of their country in 1989.  Ask the Syrian rebels and the Kurds who counted on the United States to stay at their side this past October?  So you don’t follow the news?

I think Yogi Bhajan wisely pulled back from the Amrit ceremonies and wedding ceremonies.  Not only could others do the job just about as well, but by not being involved personally, his American and German and Dutch and all his other students could not blame him for “making them become Sikh” or “making them get married.”  Wise move on Siri Singh Sahib’s part, I think.

The mind is unstable by its very nature.  When addled with trauma, conceit, wealth, power, and a sense of infallibility, it can prove to be utterly unreliable.

The mind flips.  People flip.  Students flip.  Dead men don’t flip.  And Siri Guru Granth Sahib, which Yogi Bhajan showed us as our guide through stormy times is steady and stable like the well-formed, meditative minds that fashioned it.

Thank God for that. 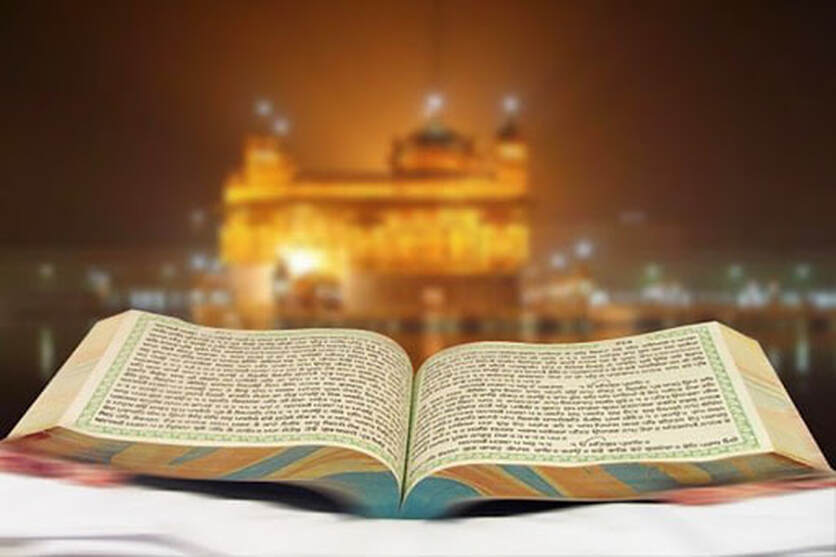