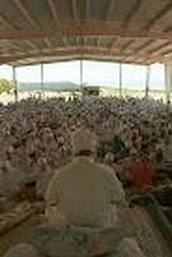 Sat Nam.  Thank you for your interest in the Create Level Three forum.  With help and encouragement of Farah Jindani, Hari Singh Bird, Shabd Singh Khalsa, and others who wish to remain unnamed, on February 13, I launched an appeal for inspirations on what a great Level Three Teacher Training might look like.

I did this as a way of addressing my own concern, based on my experience in Toronto, that teacher training had become too much about in-groups and the accumulation of money.  This perception was exacerbated in October 2010, when I heard the KRI director of teacher trainings speak openly about the possibilities of levels four, five, six, and so on, in a seemingly endless stream of product-invention.  My concern was heightened in March 2011, when I offered a detailed proposal for what I thought an ideal level three program would look like to the visiting executive director and received no follow up or acknowledgement.  For an avowedly transparent and inclusive organization, KRI seemed pretty opaque and exclusive to me.

The appeal for inspirations from the grassroots elicited fifty-two contributions from forty-one known contributors in eight countries.  A number chose to write in anonymously.  Their inputs are rich and widely varied, so much so that it makes a simple summary impossible.

Kundalini Yogis in China
Rather than attempting to collate or categorize or attach relative values to the inspirations we received, I will like to share with you the time-line I observed and just two inputs (not my own) that stood out as particularly relevant to this exercise.

The first input that really struck me was from Nam Kaur, who identified herself as the former CEO of KRI.  On February 16, she shared her recollection that "...yes, Yogi Bhajan did say to create 3 levels of Teacher Training, but he never said it had to be courses where we charge a lot of $ to impart more teachings.  When I was at KRI, we talked about it being a level of service where you took on a project to serve some community that wouldn't have KY otherwise...  KRI would only charge administrative fees to review proposals and the outcome of the project..."  Wow, I thought.  This is a very different perspective from what I have been hearing.  Nam Kaur then pointed out to me that a KRI Level Three "course" was already being advertised for June in New Mexico.

A few days later, on February 23, KRI posted a notice signed by its executive director on the Yahoo Kundalini Yoga Forum.  In it, he offered up a 600-word "brief history of how teacher training developed and the direction it's heading in the future," which he followed with "we welcome your thoughts, ideas and input on Level Three."  The brief history was fine, but by predefining where teacher training is going in the future, the ED clearly showed that in fact he was not interested in anyone's thoughts, ideas and input because the course had already been set in closed-door sessions at KRI. 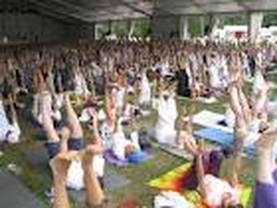 European Yoga Festival
Then on March 1, I received an email that clearly reinforced Nam Kaur's recollection:  Sat Nam, I was sitting on Yogi Bhajan's right elbow when he spoke of level 3 being like a PhD.  "A project, like a PhD," he said.  This is my remembrance.  We spoke of a project, like starting a program in a school or prison, pioneering a yoga movement, establishing an ashram with an ongoing seva.  A way of service and giving.  Not another course.  I suggest people submit their projects to a neutral body.  There is a fee of $200 to submit application.  These projects could serve humanity.  Sat Nam & Wahe Guru!  Dr Hari Simran Singh Khalsa (www.dryogi.com)

If these recollections of Nam Kaur and Dr Hari Simran Singh are correct, they shed a whole new light on our exercise of soliciting input on a Level Three Teacher Training, and certainly on KRI's effort to launch another expensive course in June.  It would appear we are not so much talking about the mechanics of yet another course level, as about changing our teaching culture from something that has become product-driven to something else entirely. 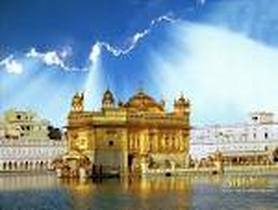 Golden Temple, India
The inputs, many of them brilliant, most of them very thoughtful, one or two heart-wrenchingly sincere, shed light on many of the dynamics of today's Kundalini Yoga culture.  A lot of the inspirations we received could be applied at Solstices and other events yet to be created.  Some are Big Picture proposals challenging us, and KRI with us, to change the way we teach, the way we interact with each other and the public.  You can read all the inputs by clicking here.

May we continue to share our inspirations on the Yahoo Kundalini Yoga Forum and wherever the opportunity arises.  You may also email me directly with your ideas.  There is a new day dawning - and we might just be the light.

May Guru Ram Das bless us each day to obey, serve, love and excel in our teaching mission.

In the Name of the Cosmos that prevails through everyBODY, and the Holy Nam which holds the world,