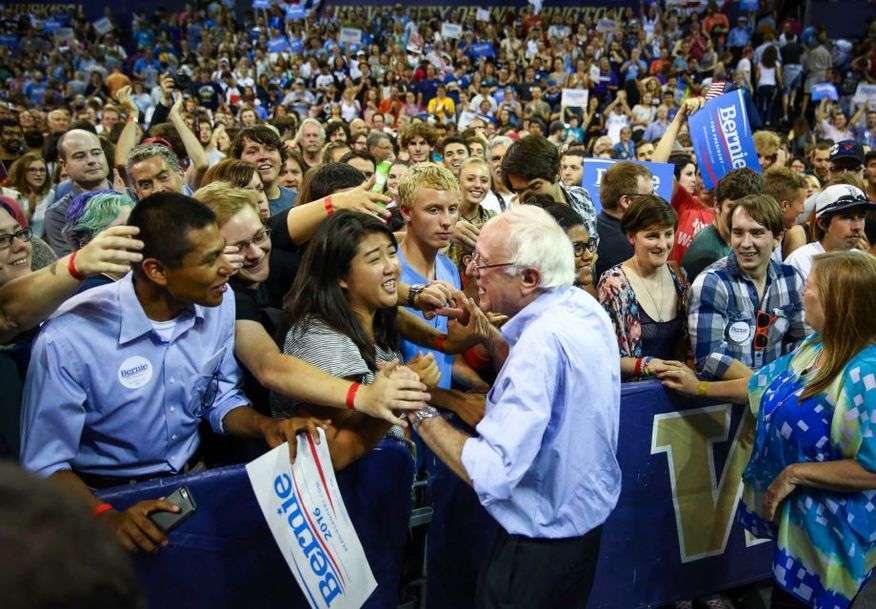 Bernie Sanders: The Race to Educate

The time is upon us.  By some quirk of fortune, the American people who just a year ago were bracing themselves for a presidential contest between two deeply entrenched political dynasties - the Bushes and Clintons - today have the rare opportunity of making history by electing an honest-to-goodness, peace-loving man-of-the-people in Bernard Sanders.

Bernie Sanders emerged in May 2015 from virtually nowhere to take on the Goliath and presumed heir to the Democratic Party leadership, Hillary Clinton.  Dismissed by the party leadership and the mainstream media, Bernie was undaunted.  By speaking truth to power, he found his way into the hearts of the hopeful and the fearless, and built a campaign that has shaken the foundations of the Democratic Party and struck fear into the greedy moguls of Wall Street.

Hillary Has a Name, Sanders a Progressive Platform      What Hillary Clinton had in name recognition, Bernie Sanders more than made up for in a platform that called for a $15/hour living wage, equal pay for equal work, a single-payer health care system, free college and university education, tighter regulation of the banks, closing corporate tax loopholes, and a real effort to address climate change.  He also impressed by his record of voting against the disastrous invasion of Iraq and not taking donations from big corporations.

Polls show that the more people know about Bernie Sanders, the more they are likely to vote for him.  In this sense, time and ignorance are Hillary Clinton's allies, while with important new primaries every week, the urgency of education presses on the supporters of Senator Sanders.

Sanders Support Surging, Clinton's Wavering     As I write this (March 26), Bloomberg Press for the first time shows Sanders with a 49% to 48% lead in popular support over Clinton.  This comes after a CBS/NY Times poll of a few days earlier that showed Clinton's monthly support wavering between 52% and 47% from December to March, while Sander's climbed steadily from just 32% to 45% - an astonishing increase in just three months.  Today there are primaries in Alaska, Hawaii, and Washington, followed by Wisconsin (April 5), Wyoming (April 9), and a number of big contests on the East Coast April 19 (New York, Connecticut, Delaware) and April 26 (Maryland, Pennsylvania, Rhode Island).  After that, there will be fourteen more contests, culminating June 14.

But Who Can Govern?      If the past is any indication, the western primaries may well go to Sanders, but more conservative voters in the eastern states will tend to vote for Hillary whom they are familiar with, unless they actually sit back and look at the candidates' records and their prospects of governing if they are elected.  If Hillary Clinton were elected Democratic leader and presuming her Republican opponent does not make mincemeat of her for her coziness with the corporate establishment, she will still be faced with a gridlocked Congress since many Republicans have a visceral disregard of Senator Clinton.

Senator Sanders, on the other hand, is banking his political future on a political uprising this year that will bring a new spirit and new, reform-minded Democrats to Washington in November.  Sanders also has a reputation as someone who can make Congress work by putting together legislation both Republicans and Democrats can agree on. 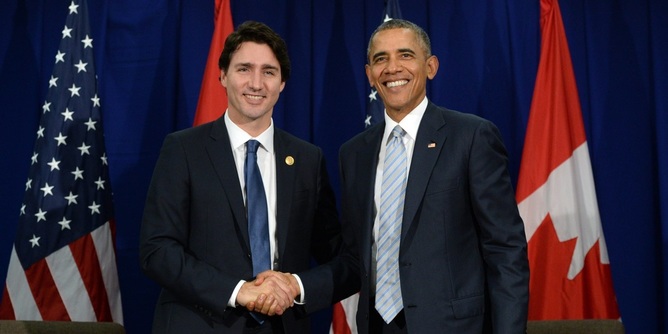 What's Obama Got to Do With it?     While all this is playing out across the US, President Obama has not been idle.  He owes President Clinton, who went all out to ensure his historic victory in 2008.  Of course, Hillary served as his Secretary of State.  And while some press reports would have Obama encouraging Democrats to rally around Senator Clinton, his very public actions tell another story.

March 21 - In a historic visit to Cuba, Obama showed a willingness to chart new diplomatic waters and to reject decades-long isolation, where isolation had clearly failed to effect change.  He also opened himself to criticism from Cuban President Raoul Castro about the United States' own deplorable record of not providing free health care and education, and equal pay for women.

March 24 - In another historic trip, President Obama visited Argentina.  This visit coincided with the 40th anniversary of military coup backed by the United States government that resulted in the killing and imprisonment of tens of thousands of Argentinians.  The visit also happens just a couple of weeks after the settlement of a 15-year dispute between the government of Argentina and Wall Street financial speculators which saw the Argentines pay out $2.4 billion.  The first event and the release of thousands of previously classified U.S. government documents about it, appears to be a sort of personal repudiation by President Obama of the policy of violent interventions that have been the hallmark of previous American regimes.  The second association sheds light on the greedy practices of Wall Street, where the rich and powerful regularly take advantage of the weak and poor.
Coincident or not, President Obama's well-publicized actions on the world stage, do provide the media a thoughtful, critical backdrop to the inane bickering on the Republican side and the shallow opportunism on the Democratic side.  (See Ralph Nader's cutting article on Senator Sanders strategy of working within the Democratic Party.)  Is the mainstream media thoughtful?  No it is not. 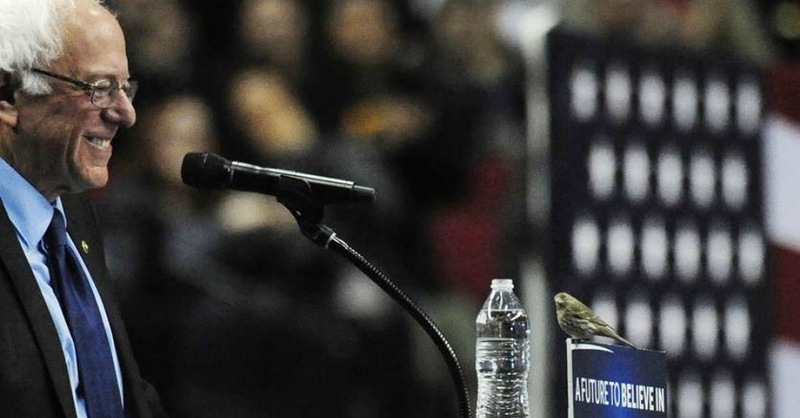 A bird lands on Bernie Sanders podium as he speaks in Portland, Oregon, March 25, 2016
The Race to Educate         This is a race to educate those - especially those in the eastern states - who are not used to being hopeful, who are resigned to the routine of meaningless elections, politicians who take money from big banks and then are expected to regulate them.  Bernie Sanders does offer Americans an alternative path - a path to empowerment, dignity and justice for all, Mother Nature included.

As your Canadian neighbour, I wish you every success.  Now is the time to reach out and talk to people, maybe people you have not talked to for awhile, about the politics of hope, about Bernie Sanders' lifetime record of service and sacrifice, always slightly ahead of his time.

Now is your time!  I know you can make it!  God bless America!  God bless the American people!

(This article was originally published March 25 and updated March 26.)