January 1, 2021: A New Year
And a Letter to the Siri Singh Sahib Corporation 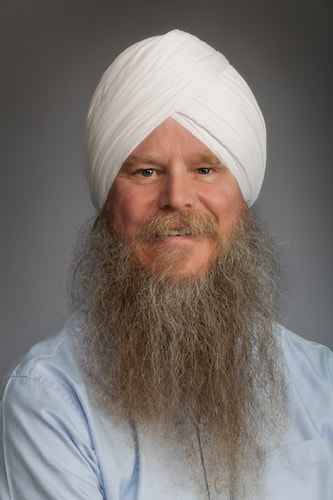 Because of the SSSC board's repeated refusal to agree to my requests to obtain an independent, outside analysis of the fairness and legality of AOB's "investigation", and because this matter was and is so critically important, I reached out to the Pennsylvania Association of Licensed Investigators (PALI) to get their opinion.  After discussions with several past and present members of the PALI Board, they recommended Ms. Barbara Thompson as being highly qualified to provide such an independent analysis. Ms. Thompson is both a lawyer and an experienced investigator in Pennsylvania. The attached report is Ms. Thompson’s analysis of the AOB Report.

Highlights of the Thompson Report

The Thompson Report (21 pages) consists of:

Section II - Which points out failings of the AOB Report under the following headings:
a) The Investigative Process
b) "More likely than not" was the wrong standard to use in this investigation
c) It was necessary for Yogi Bhajan's interest to have been represented in order to provide information about the specific allegations to the investigation
d) Similar reports from multiple accusers is not persuasive
e) Investigators cannot keep accuser and witness identities completely anonymous
f) Investigative reports must contain all relevant information received during the investigation
g) Additional factors making the AOB Report unreliable


For brevity's sake, I will give here just the beginning and the conclusion of the Thompson Report, followed by the downloadable PDF of its entirety, then a few comments of my own (as Guru Fatha Singh).

The AOB Report (An Olive Branch Investigative Report with Respect to Allegations Against Yogi Bhajan) was prepared in contravention of statutes that require investigators to demonstrate  certain professional qualifications in order to satisfy conditions for licensure, and to comply with other statutory requirements.  As a result of the lack of qualifications to conduct an investigation and prepare and investigative report, the AOB Report is of no use in forming the basis for any findings as to whether the alleged behavior of Yogi Bhajan occurred.

As a general rule and as mandated by statute, investigations done by people who do not have the necessary training and experience to be licensed as private investigators should not be used for any purpose.  For the many reasons described above, this is especially true of the AOB Report.

Because the AOB Report does not appear to be investigative at all or provide sufficient facts to make any determination, it should not serve anyone in determining whether the alleged behavior by Yogi Bhajan actually occurred.

My Takeaways from This New, Authoritative Report

1.  The AOB Report was an amateurish exercise that made $500,000 for the people who created it and gave them a pulpit to air their slanderous propaganda.  The responsibility rests with those who hired them.

2.  The CRT deviated from normal practice by instructing the "investigators" to not only conduct a survey, but also to evaluate and determine the final implications of their own report!  (Guilty as charged!)

3.  The authors of the AOB Report play loose with the term "investigation," stating that the purpose of the report is not investigative, while using the word "investigation" 146 times in the 72 pages of their report.  Members of the Siri Singh Sahib Corporation Board and CRT repeatedly call the report an investigation in ways that give unwarranted legitimacy and credence to its findings.

4.  The AOB Report and its findings need to be retracted and disowned by all responsible parties at the Siri Singh Sahib Corporation without delay.  It was and is a disgrace.  The only reasonable and constructive way forward is for the authorities who commissioned it to disown it.